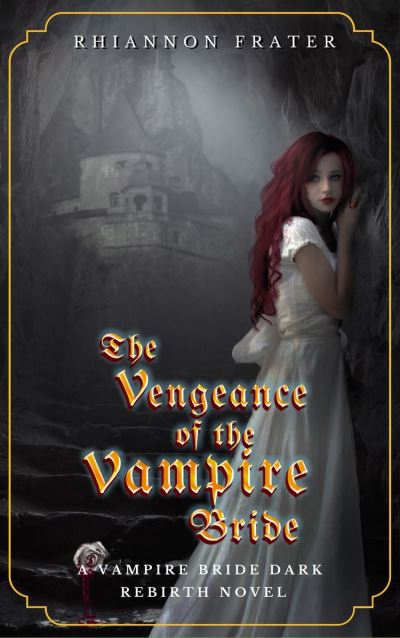 After listening to the audiobook version of the first book, I went and downloaded the second audiobook of the series. However, I ended up going for the ebook instead, which, I will tell the reason why later on.

Just like the first book, it is a continuation of the diary of Lady Glynis Wright as she embraced her life as the Countess of Dracula. In this second installment of the series, she tells her story as she fights on for her freedom and also save whatever humanity that it left in her.

I still like the Bram Stoker, Victorian times vibe of the novel and the fact that the story sets in Buda Hungary in the early 1800. I have to admit that living in Budapest helps me to imagine the old city described in the book. From the very beginning I was much impressed that the author did make effort to make references to something Hungarian – Like the Margit Island and Szilvásgomboc (prune dumpling).

The novel introduced us with more characters and a little bit more history of the vampires but I find it nothing much more was added. Also there seemed to be an error in the creation of her progeny, Laura that I cannot shake off. From the first book I understood that to the point of death of the dying person, if he or she drank vampire blood directly from the maker, then only he or she will become one of the undead. But in Laura’s case, Glynis took 3 sips of her blood and Laura died. And yet she became a vampire. Like how?? Glynis even mentioned that her bite only hasten Laura’s death. I don’t describe myself as a stickler for details but for the creation of a character as important as Glynis’s first progeny, I do care for this.

I am not much into cruel characters, but throughout the book Vlad did mellowed down a lot of notches. And how he could forgive her and save her after what she did to him showed something that could be called as love. Perhaps I am suffering from the Stockholm syndrome or just like the bad boys gone good type, that after a while I kind of preferred Vlad more to be with Glynis😆. I just don’t like the way how the bad ass, Vlad the Impaler could be reduced to a ‘beggar’ after being rejected by Glynis, right after he saved her ass. It is just a contradiction of what his initial character was depicted in the first book.

I managed to finish the book in a couple of days and as to why I had preferred the book instead of the audiobook is the narrator’s style of reading annoyed me. This time the narrator is Rebecca McKernan instead of Carol Hendrickson. I couldn’t finish even the first chapter as the narrator’s style is a bit over the top and the Hungarian accent she made up sounded like an Indian accent instead. Just about ‘killed’ the vibe for me. I mean, Really? A Hungarian guy with an accent that sounded like an Indian guy? 😂 It could be just me. I know it is not an easy job but still, I just couldn’t go on with the audiobook.

So, would I go on with the third and final installment? After the second book I lost interest in what will happen to Glynis. Though I was curious whether she will get back with Vlad. I found a post written by the author herself saying that she knew how many readers were hoping this but being a survivor of a bad relationship herself she didn’t care of what people want and would continue on her first idea of how the story should end. So I too end my reading of this series here.