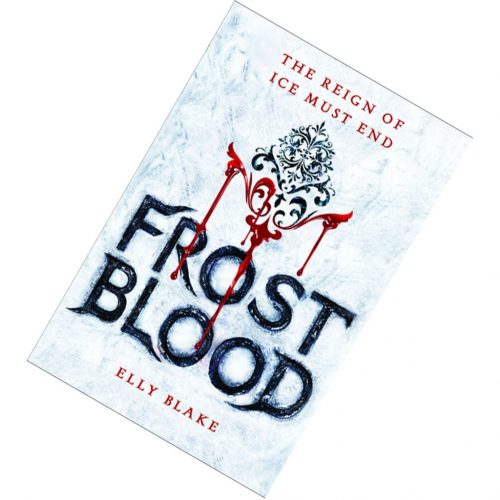 Categories: Books, Hobby, Reviews
Tags: Fantasy, Magic, Romance
Author: Elly Blake
Genres: Fantasy, Romance
Series: Frostblood
Seventeen-year-old Ruby is a Fireblood who has concealed her powers of heat and flame from the cruel Frostblood ruling class her entire life. But when her mother is killed trying to protect her, and rebel Frostbloods demand her help to overthrow their bloodthirsty king, she agrees to come out of hiding, desperate to have her revenge.

When I first got this book, I wasn’t really sure what I would be reading. I chose it based on the title instead of reading the synopsis. From the title, I was expecting it to be something like the “Game of thrones”. However, after reading the book till the end, it isn’t exactly that but it was a bit more of an Avatar’ish sort of fantasy story. With people gifted to wield an element of nature. In this first book of the series, there are mainly 2 tribes, which is the Fireblood, those who can wield the power of fire and the Frostblood, those who can conjure ice and frost.

Other than an interesting story line, in order to enjoy a book I have to like the characters. Ruby, the Fireblood didn’t make me feel like rolling my eyeballs – no foot stomping, or demanding this and that. Instead of simply born to be good at something, just like the rest of us mere mortals, she had to really work hard to learn to bring up her powers and and control it. She had her moments when she wanted to just give up but she went back to it. I suppose, she is relatable.

Her love interest, a Frostblood called Arcus is not your typical dashingly handsome hero. His face was badly burnt and scarred, a constant reminder for him as a survivor of a  Fireblood attack. So he didn’t have and entirely beautiful face,  but his rare to smile, brooding, fiercely loyal, hard working sort of personality made him ‘handsome’ and likable. He disliked her at the beginning and so did she because of their differences – obviously since one is a Fireblood and one is a Frostblood. But they had to fight a common enemy, therefore they had to put animosity aside. For Arcus it was to save his people and for her it was for revenge.

Now, though enjoyed the book as it was written well, but I have to say that the storyline is okay-ish as I felt it was too predictable.  If you read the book, most probably you will know what I mean. Will I be reading the sequel? I am not sure. The first book was good enough on it’s own but it didn’t leave me wanting to know more about what will happen to the shadow for example or whether Arcus will ever marry Ruby etc.

So I will skip the sequel for now and concentrate on other books or series first.